No, but life’s not fair.

Today’s featured image: Uppsala. It’s good to be back.

Bare skin littered the thick grass, brilliantly green in the afternoon sun. From the other side of the park, a salsa dance class laid a tropical background theme to the shouts and calls from the soccer fields. The heat of the sun brightened the transporting music, and I could hardly believe that this was Stockholm. The park bustled with the smiling faces and chatty groups of friends out for a Sunday stroll. The abundance of sunshine was not taken for granted.

I sat between my friends who had treated me to a delicious brunch at a classy little joint that allowed us to begin our day outside, and we had continued to soak up as much of sun as possible. Our conversation often lapsed both because of their severe jetlag and because of my frequent mental departure, my mind drawn away to the soothing sensation of the sun’s warmth and the shining beauty of the park’s colors.

Then Alex said something that brought a sudden realization. “They pick the sunniest day to sit in the shadow.”

“Huh? Who?” I asked, trying to figure out whom he was referring to.

“That couple,” he answered, nodding toward a couple that had huddled together behind a thick tree on the low cement wall.

“They wouldn’t be able to see their phones in the sun,” Gabriella chided. “They need to do their social media.”

My obligatory laugh came from the self-satisfying habit of mocking the social media addicts always glued to their phones. Though I often fall prey to my devices, I reserve a bit of superiority when I spot a group of friends ignoring each other to browse the lives of others. My train of thought sent me looking for another of these groups.

I didn’t see any.

Of the dozens of sunbathers, walkers, and diners of dripping ice cream, only a small handful was plugged into their mobile device. Almost all who were sat alone. Only one other pair stared at their phones instead of each other, and I couldn’t even be sure that they were, in fact, sitting together or if the angle just made it look that way.

“They’re all unplugged,” I muttered in disbelief. “For the first time in a while, I actually have a bit of hope for humanity.”

Just last week, I had discussed with my host in Malmö the topic of our technological infancy. We have only had these newfangled devices that keep us incessantly connected to the world of not-here for perhaps a decade. Can we really expect that people are just going to figure out how to harness this technology for their own benefit without falling into destructive habits? Of course not. But the constant chatter in many media circles about the perils of over-connectedness and the rapid rise of mindfulness indicate to me that the trend away from self-destructive social media consumption is reaching a broader swathe of the population.

Today, I found more evidence of my hypothesis. Droves of unplugged Swedes flooded the natural areas of the city to disconnect from their digital lives and experience the real world with real friends.

Occasionally, I see glimmers of hope for our species.

Walking around Stockholm, there was something immediately obvious: this was not one of the homogeneous societies I had become accustomed to. In Korea, one of the most ethnically homogeneous countries in the world, it was strange to see anyone who didn’t look predictably Korean. I even developed an eye for spotting facial differences between Chinese, Japanese, and Koreans. As I passed through Mongolia, I couldn’t help but think that everyone looked like the stereotypical Mongol, and their shared heritage with Ghengis Khan and the Mongol empire is a proud one. Once I crossed into Russia, the faces made an abrupt change to the expected sharp features and light skin. Even through Estonia, Finland, and northern Sweden and Norway, people overwhelmingly fit the European stereotype.

This was exactly the feature I was on the lookout for when I arrived in Sweden. With the rise of anti-immigration sentiment across the US and Europe, there has been a lot of rhetoric coming through the media about the dangers of Sweden’s open-door policy. Sweden and Germany were taking the lead in hospitality toward the refugees fleeing the exceedingly violent Middle East. It seems, though, that people are fearing that Sweden has reached its limit.

The rise of the Sweden Democrats, a political party with roots in the Nazi Party, illustrates the rapidly changing opinions toward immigration. Recent legislation has clamped down on immigration numbers, reverting to an “EU minimum.” (I’m still trying to determine exactly what that means.) Border security has risen with officials checking documents of even the Swedes, Norwegians, and Danes who commute daily across what had been invisible borders.

The most credible fear I have heard is the problem of integration. With such a rapid influx of refugees, communities of these newcomers have sprung up, making neighborhoods much like the Little Italy or China Town of large American urban centers. This phenomenon is only retarding the process of integration of refugees as they find comfortable places without the need for learning Swedish or adapting to cultural norms. The economic and social impacts are still yet to be fully seen.

Based on my personal observations and conversations with locals, the influx has been mostly transparent. Social safety nets and public services are still in place and functioning normally. There are some levels of apparent homelessness, but from my observations, it’s far less than any large American city. Anyone in Sweden who needs  a roof and place to sleep can find one. The streets of Stockholm are dotted with beggars, but they are overwhelmingly old Roma women, a group that has been disenfranchised for centuries. I even heard the claim that these women are often on tourist visas, and will return to their homes in Eastern Europe after a brief collection of donations.

I’m unsure of the economic specifics, but from all observable criteria, Sweden is handling the influx of migrants and refugees just fine. Certainly it would help if they could share the burden with the rest of the developed world, but the recent decision to shut the door seems premature.

On my last night in Stockholm, I attended a rally protesting the new legislation. They chose the location because it was the same spot where government officials had gathered this summer to express their willingness to help refugees. Unfortunately, the number of motivated young Swedes willing to brave the cold to show their solidarity was pitifully small, perhaps a couple hundred at most.

It appears that Sweden has caved in to pressures of the rest of the jingoistic and fearful developed world. Their intentions were noble, but they just couldn’t go it alone. 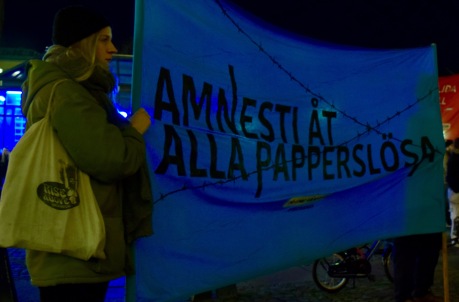 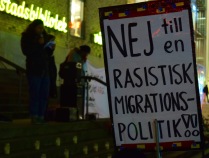 Politics aside, Stockholm is a beautiful city. Its cobblestone streets and ancient architecture give it an exotic charm. Even at the end of autumn, the streets of Gamla Stan, the city center, were crawling with tourists. 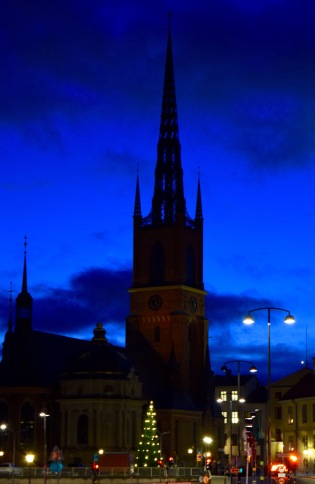 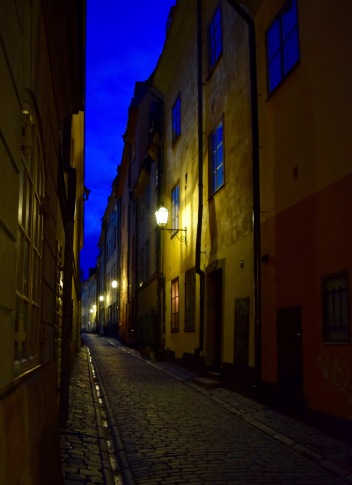 Even though the light was limited, and the sun peaked only a few degrees above the horizon, I thoroughly enjoyed wandering this amazing city. 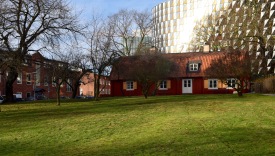 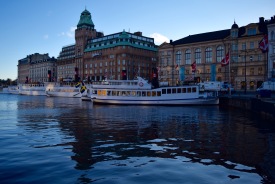 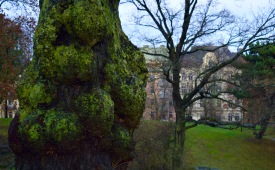 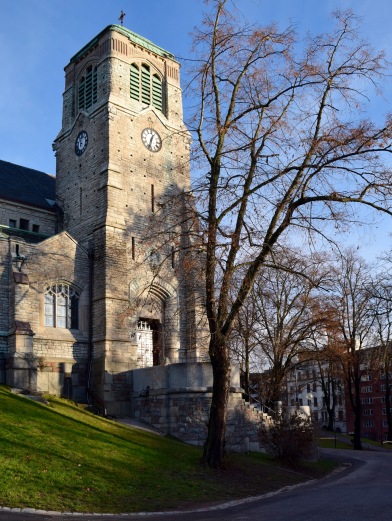 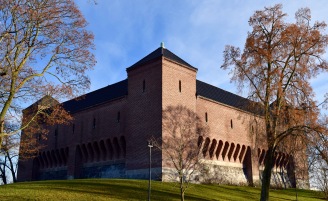 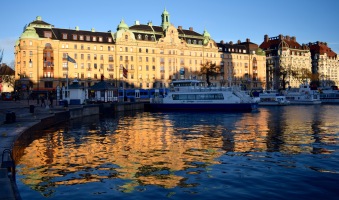 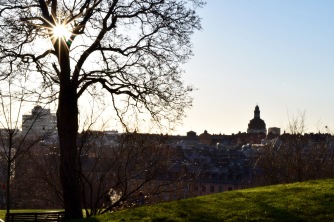 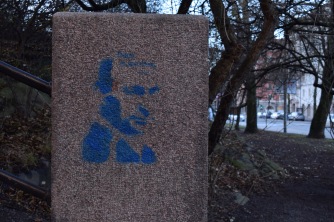